Find me on:
Finding Forward Charting Your Journey to Recovery Jeffrey A. Morse has traveled the world, visited exotic locations, been a sports diver, and had successful careers in both the military and commercial aviation, when one day, an emergency room doctor told him he had both a brain aneurysm and a dissected artery. Surgery was the only option, and his chances of survival were less than 25 percent. At age forty-nine, during that surgery, he suffered a spinal cord stroke that left him paralyzed. After being told that he would more than likely never walk again, Jeffrey made a vow that he would walk out of the hospital. Six weeks later, he did just that. His journey has led him to alternative therapies, a healthy lifestyle, and a proactive versus reactive approach to his recovery. It has taken him from that hospital bed to France, and to Nepal, where he paraglided off the top of a mountain and fed a vulture in flight. It has also led him to a new career as an author and motivational speaker. Jeffrey believes you can overcome any obstacle by taking control of your recovery. Don’t let “I can’t” rule your vocabulary. There are always other options, and you can start a new road and a new life.

jeffrey a morse
Posts by topic 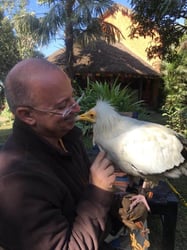 How Often Do You Thank Your Therapists?

I am an airline pilot instructor for an international cargo airline. Six years ago, I was paralyzed from the neck down during brain surgery to repair... 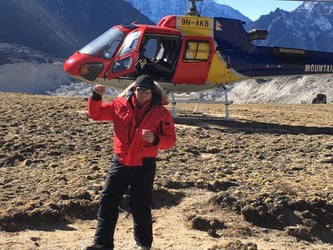 Overcoming Paralysis: Did You Do Your Therapy Homework?

How many times has a therapist given you homework exercises you promised to do with all the best intentions and in moderation until your next... 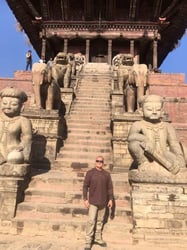 Have you ever given thought to the challenge of a staircase you’re about to climb? Sure you have, and it may have even begun with, “Am I there yet?”... 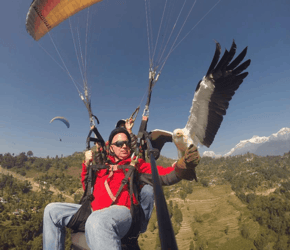 I’m writing this column for you if you are dealing with challenges and mixed messages from various health-care professionals. I’ve spent the last...

Kick inflammation to the curb once and for all!

More than 100+ people have downloaded this FREE GUIDE

Get our weekly newsletter updates.