LOS ANGELES, Oct. 30, 2019 — Thane and Cynthia Murphy of Assuaged, Inc. are no strangers to physical and mental challenges. This once-bankrupt couple now lives a medically and financially debt-free life.

Thane, a Marine Corps veteran, has Post-Traumatic Stress Disorder (PTSD) as a result of the traumatic brain injury he suffered during active duty. The tragic events of 9/11 inspired Thane to join the military. Before starting boot camp, he was homeless, living in his truck and showering at 24-Hour Fitness.

Unfortunately, his service was cut short when he sustained a Traumatic Brain Injury. Despite fighting to stay in the military, he was honorably and medically discharged. He felt incredibly lost during the transition back to civilian life.

In the midst of his challenges, Cynthia also was suffering from depression and chronic disease attributed to her craniofacial condition, Treacher Collins Syndrome, a rare genetic cranial facial birth defect that causes abnormalities of the face and skull. Her story is one of insecurity and at times, social torment.

To date, she has endured 16 medically-necessary reconstructive plastic surgeries and faces more in the future.

It wasn’t easy for Cynthia to watch her husband suffer from PTSD, agoraphobia, and paranoia. It was unnerving for her to see his loaded 9mm handgun attached to him for regular perimeter checks (even in the shower). He was angry, manic, and suffering from insomnia. Cynthia felt heartbroken and helpless. She didn’t know how to fix the broken pieces…

On August 9th, 2012, Cynthia arrived home from work to find Thane pacing back and forth while erratically beating himself in the head with a loaded gun. He was irrationally convinced that she had been dishonest. Horrified, Cynthia dropped to her knees sobbing and pleading with him while simultaneously on the phone with his mother and 911. It broke her heart to see him taken away in handcuffs to a state mental health facility and booked as a 5150.

During his stay, he had no family members visit him, except for Cynthia. However, Thane didn’t want to see her, he wanted a divorce. His family feared his rage. While they never feared for their own safety, they did fear for his own. The movie Concussion starring Will Smith, depicts the behavior of someone suffering with the same type of head injury as Thane.

This traumatic event led Thane and Cynthia to healing and building a stronger marriage. At one point, Thane was pre-diabetic and morbidly obese. To date, he has lost over 110 pounds! 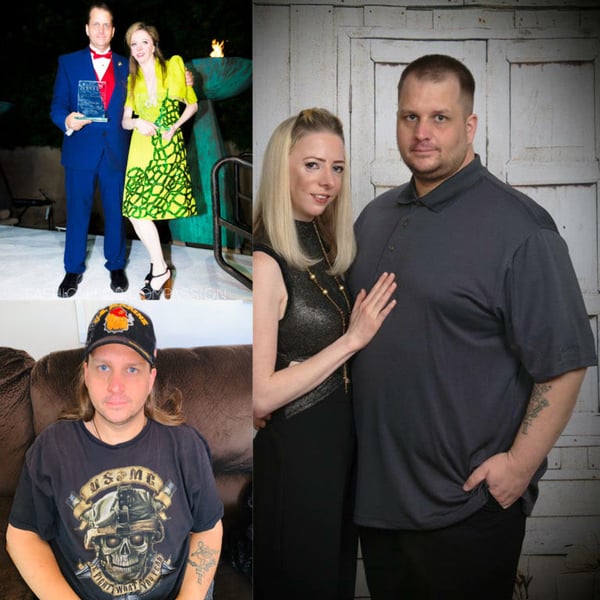 Recent blood tests rendered from the Veterans Affairs revealed that he is now within the top 5 percent of the healthiest males in his age category and in the USA.

The Murphys reversed many physical and mental illnesses caused by excessive prescription drugs and contaminated food and water supplies.

Our flawed health-care system led them to find a better way of caring for their physical and mental wellbeing.

Today, the Murphys are disability activists empowering people to take charge of their own health using their award-winning proprietary veteran-owned mobile app Assuaged.

As the couple previously suffered a myriad of diseases, they realized that eating organically nutritious foods to battle illness is challenging due to the scarcity of health resources and money. 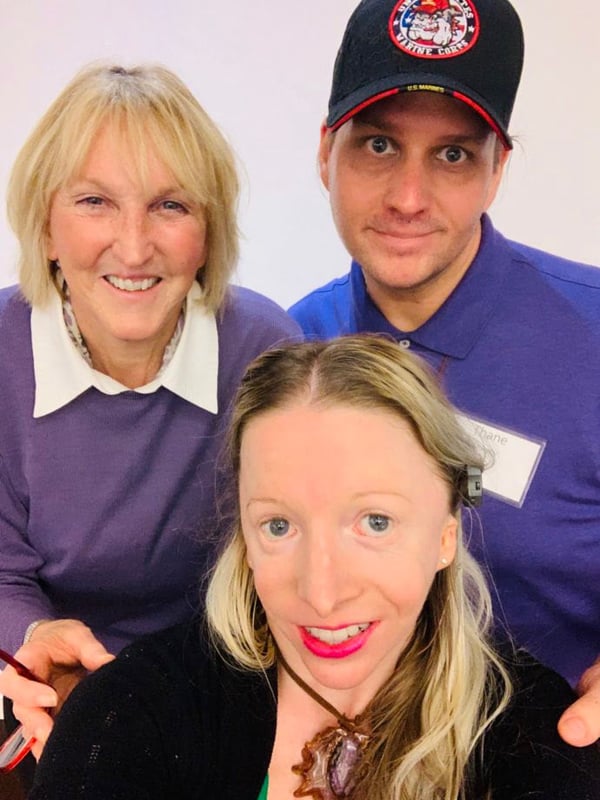 Thane and Cynthia with Ingrid E. Newkirk, the president of People for the Ethical Treatment of Animals (PETA)

America spends 3.3 trillion dollars on preventable healthcare costs annually, and 400 billion dollars is allocated towards disabilities. This challenge inspired them to seek to bridge the gap between healthcare and self-care to meet the needs of healthy living as a method for longevity.

The Murphys bootstrapped over $300k towards Assuaged using Thane’s disability settlement funds and with the help of their celebrity developer Creative27 (iHerb & Dr. Dre’s Beats app). Their digital solution curatively aims to combat the unbearable global burden of chronic disease.

Assuaged was founded on the concept of the blue zones and in the region of Loma Linda, California – one of only five geographical areas in the world and the only one in the United States. Research has established that blue zones residents maintain supreme health and live past the age of one hundred. 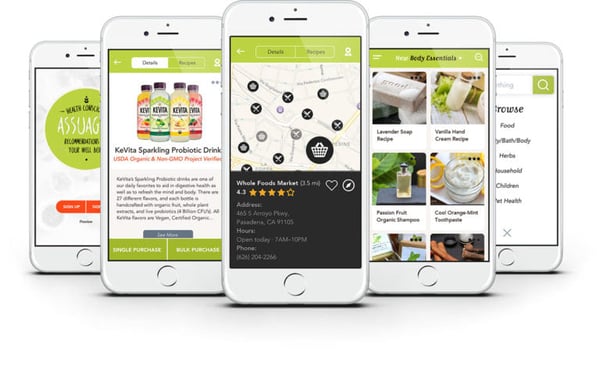 Last week they placed their first Assuaged sticker on the outside window of The Source Café Restaurant in Hermosa Beach, California. This sticker denotes handpicked restaurants and stores that are toxin-free and offer organic and vegan options. 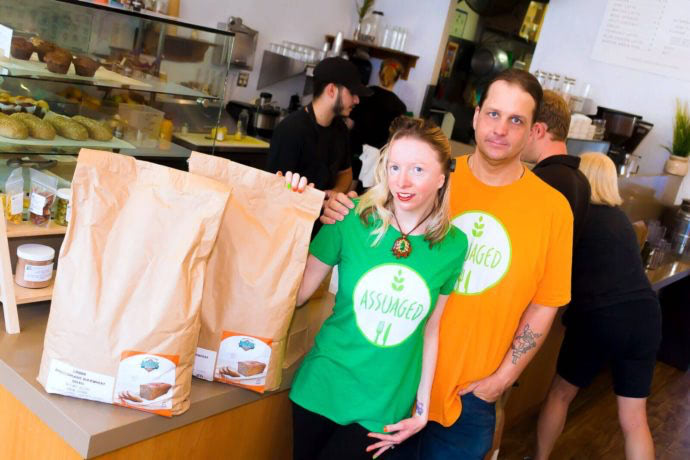 Earlier this year, they collected a donation of 2,000 pounds of organic, gluten-free, vegan flour from Arnel’s Originals on behalf of Golden Wing Helping Hands to help and feed the homeless. The flour was delivered to Helping Hands Pantry and Idlewild Thrift Shop.

The Murphys also support causes that work avidly against inhumane animal cruelty. They recently donated $5,000 to PETA for their efforts in combating the animal abuse prevalent in our food/agriculture supply that they believe causes cancer and disease.

In addition to their charitable efforts, they also sponsored America’s Got Talent’s Evie Clair to perform at Kiss the Monkeys Fashion for Compassion in Rancho Santa Fe, California, where they received the Members of the Year award.

Thane and Cynthia are going beyond charity and unifying people through love and compassion via the Assuaged lifestyle solution. 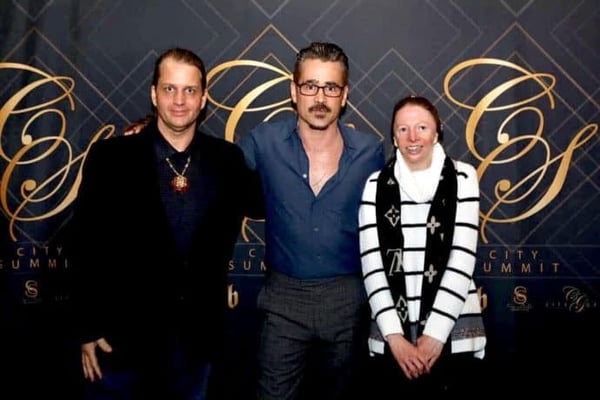 Cynthia works as a craniofacial advocate, fashion model, writer, and graduate student. She is finishing a second Master’s degree in Public Health while serving her internship at Patients Rising.

She and her friend Candy Zavala, both born with Treacher Collins, will be walking on the modeling runway together on November 17th at the V-Inspired Fashion Show. 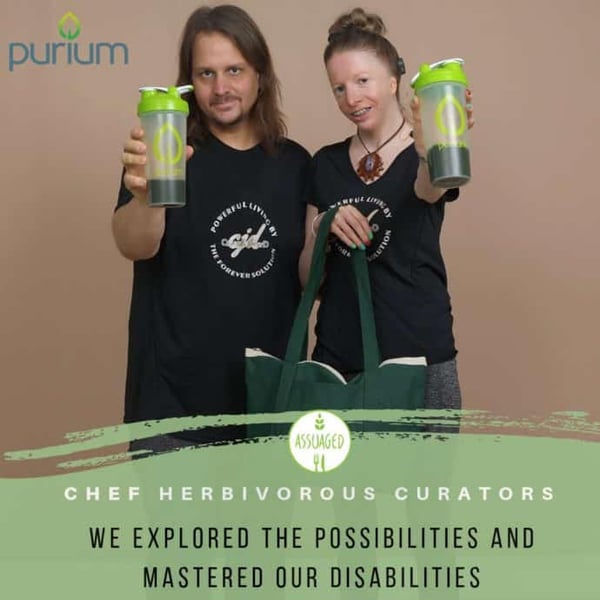 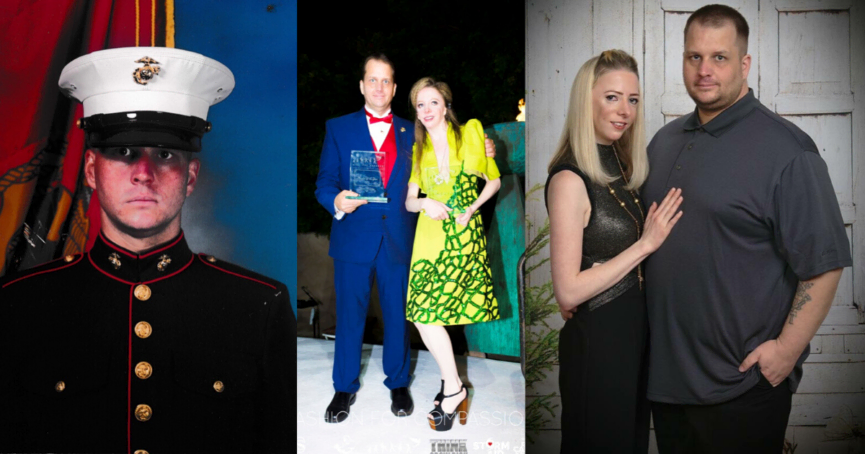