When you have a craniofacial disability, it can be hard to meet the physical demands of the labor involved in a job. However, most of us are incredibly resilient; we often get by working multiple jobs. Once you supersede the stigmas and the voices inside your head telling you that you’re not good enough to go beyond your limitations, you succeed by entering the realm of self-confidence. Who knows what can happen then; you may go to school, write a book or launch your own business as I did.

My husband and I both have disabilities, seen and unseen. I was born with a congenital condition called Treacher Collins syndrome that causes internal and external malformations to the face and body. To date, I’ve endured over 16 multifaceted reconstructive plastic surgeries. My husband Thane was injured while on duty in the USMC sustaining a traumatic brain injury, which then led to severe PTSD and agoraphobia. He has survived a suicide attempt, obesity and diabetes. In addition to our disabilities, my husband and I endured childhood traumas that plagued most of our adult lives.

According to Bureau of Justice statistics, people with disabilities, visible or invisible, are twice as likely to endure criminal victimization than non-disabled people. While Thane is military trained, those born with craniofacial disabilities are not eligible to join the armed forces. Many of us would have chosen a military career if able, myself included. Perhaps the rate of victimization in our community would be lower if we had access to training that would educate us to protect ourselves better physically and mentally.

In 2003, I was physically assaulted at a Jack in the Box following a job interview in the rough parts of San Bernardino, California. It was so traumatizing that for years I habitually ran back to my car in fear when going out to public places. Later I found out that the attack happened because my friend’s ex-boyfriend wanted to send her a message, and I was the perfect candidate. Two years later the man responsible wrote me on MySpace and deeply apologized. He said he found God in prison and that I didn’t deserve the attack. I asked him why it happened to me and he admitted “you were the easiest target.”

In 2015, I met a man online who owns a craniofacial related nonprofit organization. He took advantage of me and several others using exploitation and gaslighting methods. At that time, I had obtained a meeting with a Special Assistant for Community Affairs for the Office of a U.S. Senator. He invited his way into our phone meeting and I agreed to it. The meeting shifted from discussing my advocacy ideas to build more community support to funding his non-profit organization. He then sent me to his friend, a licensed psychotherapist who tried convincing me that I was manically dependent and on a path of self-destruction.

It took me a few months to realize that I had been used to the point I was running on empty. I began receiving serious complaints online and had noticed ill intentions after visiting his lavish beach mansion. His words and actions exposed his real character, and like many, he operates in the charity space with money motivations.

In 2016, my 18-year-old niece and I were nearly kidnapped by a ring of sex traffickers in Hollywood, Florida following a craniofacial retreat in Fort Lauderdale, Florida. I had missed the signs on the walls at the local airport warning tourists about this horrifying epidemic. I used to be openly communicative with everyone I met during my travels, and while I didn’t see it coming, we had been profiled, followed and cornered. Thankfully we escaped from the abandoned part of the hotel back to our room on the other side of the building.

These people were callous and cold as ice. After filing a police report, we were informed that we had checked into an area near a trafficking port. I would have likely been disposed of, and my niece would have been taken. However, there is evidence that sadly people with disabilities are often victims of trafficking. It frightens me to think of the possibilities, but I’m so grateful my niece and I returned home safely.

Although our mindset improvements and business acumen have led my husband and I to successful entrepreneurship, the road has not been easy. Criminal victimization can also involve financial manipulation by perpetrators who may be involved in seemingly reputable organizations and may coerce you to sign malicious contracts by fraudulently taking your money or depriving you of the rights to your story. As new entrepreneurs, we have been manipulated into signing a few deceitful contracts; thankfully, the investments and consequences were minimal, and we learned meaningful lessons. You can easily be fooled with or without a disability; however, we are more susceptible to be targeted, and there are many different ways to harm.

My best advice to anyone is to be aware of your surroundings and who you communicate with in-person and online. Don’t add friends you do not personally know on social media. Avoid traveling to dangerous areas in early mornings and late evenings. Always surround yourself with large groups of people. If you are alone, bring a friend. Run anything involving money or contracts by your loyal confidants first, and never move forward without having a lawyer review the details. Cautiously collaborate, but don’t rely on individual leaders or NPO organizations to control the telling of your story and what you are passionate about. Social media is a powerful tool available to you for free. Use it, build it and watch it grow.

After struggling with physical and mental disease during our 13-year marriage, Thane and I finally weeded the garden. We educated ourselves, eliminated the toxins in our home and converted our diets to organic and plant-based. This has helped us to gain mental clarity, allowing us to discern and make better decisions. Achieving optimal health doesn’t happen overnight. We’ve been on this new journey for almost three years, and we’re still healing. Life is a continuous motion of growth. Take the time to be patient and never stop educating yourself. The more knowledge you have, the more awareness you have and the better you can protect yourself.

Initially published via The Mighty for Disabilities 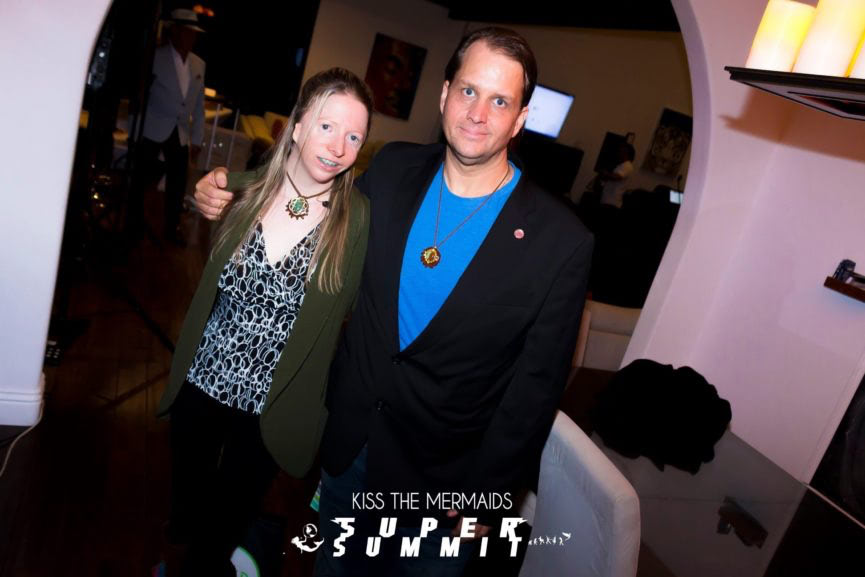 How Repeated Criminal Victimization Affects People With Disabilities
People with disabilities have to suffer from repeated criminal victimization more often than not. It takes a very heavy toll on their mental health.