Learning to Have Compassion for Myself as a Bullying Survivor

The misuse of power is incredibly prevalent in today’s society. As someone born with Treacher Collins syndrome, a craniofacial genetic birth defect that affects the bones, muscles and soft tissues of the face and skull, I know what it feels like to be humiliated and deprived of your dignity daily.

As a child, I was physically, mentally and socially ensnared by the hurtful words and actions of my school peers. Even teachers treated me differently because of my facial malformations and severe speech impediment. Often, I’d be in tears as I ate lunch alone in a bathroom stall or janitor closet while pulling out the spitballs from my hair.

Equality was a distant hope as I was continuously chosen last for school projects and P.E. activities.

I was the subject of cruel passed notes which inevitably ended up in the hands of the teacher. I can still hear the chuckle that preceded the note being tossed into the trash. To dull the pain, I embroiled myself in writing dark poetry and listening to gritty music. I made the promise that one day I’d prove them all wrong.

Cynthia’s school picture as a child.

To date, I have undergone over 16 medically necessary, reconstructive plastic surgeries. These painful operations aimed to repair and replenish the fundamental facial and dental features I was born without. I was often placed on home studies which kept me out of school, a blessing in disguise. It kept the suicidal ideations at bay, and it gave me one less problem.

At home, I had an emotionally unavailable mother which continued the cycle of abuse. On almost a daily basis, I endured one or more forms of physical abuse, bullying, psychological trauma and sexual molestation by my stepfather, who worked for the government and was a registered sex offender. I grew up with a younger stepsister who was put on a pedestal and prioritized. I envied her status and wasn’t always the nicest big sister.

On rare occasions, we had limited visitations with my six angry older stepbrothers and stepsisters, who resided in the foster care system. To them, I was the black sheep who had lived a privileged life. If only they knew.

I was always seeking to fill my deep voids. I acted out in desperate attempts to break away from the abuse at school and at home. I longed for a mother, father, sister, brother or friend who could understand what I was going through. At age 12, I ran away to my biological father’s home, only leading myself into a turmoil of drugs and incest, which ultimately landed me in a mental institution and then juvenile hall. My efforts continuously failed as I sought love from others in the wrong ways.

While I was not promiscuous, I pretended to be. While I did not fit the ideal beauty standards, I used makeup to mold and manipulate my appearance. While I was not rich, I found ways to make money. I bought as many friendships as I could. While I did not have a family, I surrounded myself with as many wise elders and mentors as I could — until they were taken from me, either because they passed away, or we were forced to move or I was banned from seeing them. I was bullied, beaten and stripped of any ability to have friends.

My only escape was walking out in nature, writing, reading and daydreaming that my life would be better one day. I hoped that God thought I truly deserved to be loved.

As a tribute to Bullying Prevention Month, I remember how isolated, depressed, scared and worthless I felt. Technology was not as advanced in my childhood as it is now, but I did experience cyberbullying firsthand in my early adult years, which left me feeling unworthy and devastated. My faith and unquestioning belief kept me going through it all.

As hard as it was, I believed in a better outcome. I replaced any negative with a positive, and I did what I could to keep my mind stimulated by learning and developing new skills. I did my best to find the silver lining.

Stan Lee of Marvel Comics had the life motto “Excelsior.” This maxim means there is only one way up, regardless of the turbulence experienced along the way.

It wasn’t until my early 30s that I realized I was not brought into this world to be a reflection of perfection. The mirage of false beauty ideals only hinders us from understanding what truly matters, which is self-love and compassion. If I had known this when I was younger, perhaps it would have prevented many of the hardships I suffered. I would have felt more loved and secure. I might have been stronger and wiser.

Self-compassion should be a natural extension of who we are and how we treat others. Many people who bully and harass others are battling their own demons. It’s hard to see the pain behind the eyes of others, let alone deal with your own. Be kind to them too, but stand your ground and show them your own worth.

If you ride the tide, I believe you will survive and thrive. I found everlasting love in the most unlikely of places, and today I focus on accepting myself. Whatever you are going through, please remember with love and conviction, it only gets better. I promise. 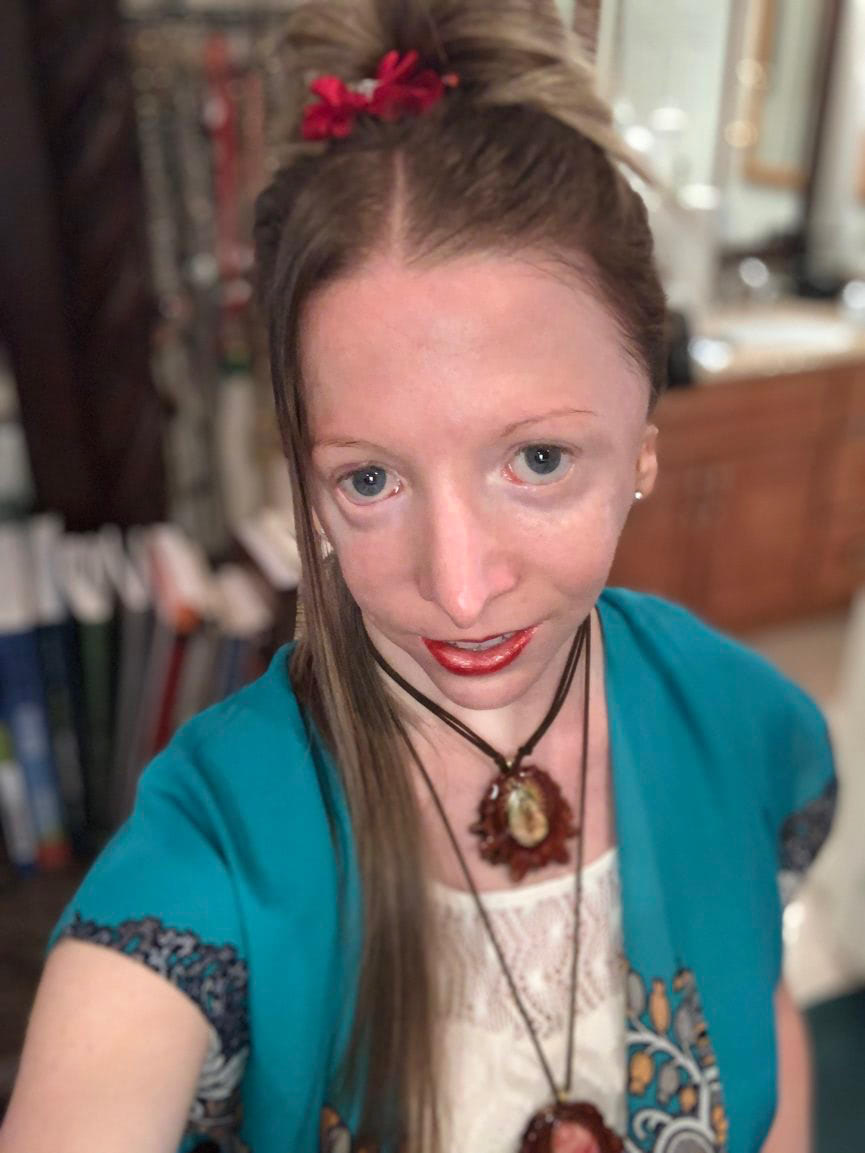 Learning to Have Compassion for Myself as a Bullying Survivor
Bullying is one of the worst things that can happen to an individual. Being a bullying survivor myself, I want to tell you how to have compassion.