Veganism and Carnism: Eating Animals Is a Social Justice Issue

Veganism is widely believed to be the decision to live a plant-based lifestyle; namely to achieve personal health goals, but it is actually much bigger than that.

Moving towards a plant-based diet and lifestyle choices is more about reducing our carbon footprint on the world and instilling awareness in ourselves and our communities that all life is precious and deserves human consideration.

The practice of carnism is the complete opposite.

What Is Carnism? Is It Really Harmful?

Overall, it is the choice to support mass animal production by contributing to the demand, consumption, and use of their byproducts. While this lifestyle is unquestionably considered normal in most societies today, it is usually an unconscious choice.

If we were presented the truth of the immediate and long-term effects of animal manufacturing in any way, we may feel differently about what we are eating. So beginning to recognize animal agriculture as an act of social injustice is extremely critical to resolving sustainability and morality issues.

Let’s get one thing straight: the closer we move towards a plant-based diet the closer we get to ending all forms of inhumane behavior and cruelty. Analyzing both views will reveal the effects on society, the environment, and how that all comes back to each of us individually. 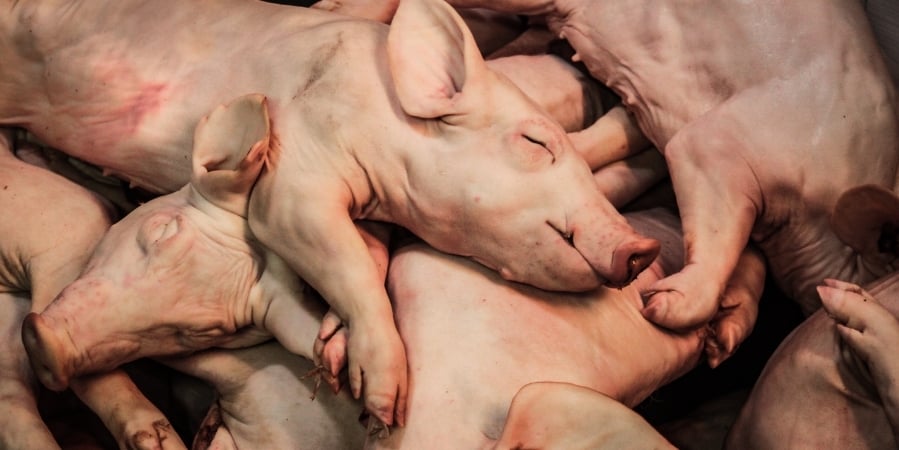 Regular consumption of animals isn’t necessary for survival—that’s the truth. While for some, the flexitarian diet is an ideal option, with some planning and practice, omitting animal products completely today is a healthy possibility.

But most of us are never told this. In fact, we were told all sorts of myths. The two most popular being you must drink milk to have strong bones, and the protein in meat is an essential part of your daily diet. But this is all wrong, or highly exaggerated in the least.

Meat, especially red meat, is very unhealthy, primarily because of the practices used along with the hormones & antibiotics used to keep them from dying in the treacherous living conditions that they are trapped in.

All of the protein you will ever need can be found in these following healthier, plant-based alternatives:

As for calcium, there are plenty of plant-based alternatives that yield the same benefits. These include soybeans/soy milk, broccoli, kale, okra, and collards and many of the protein-rich foods listed above. 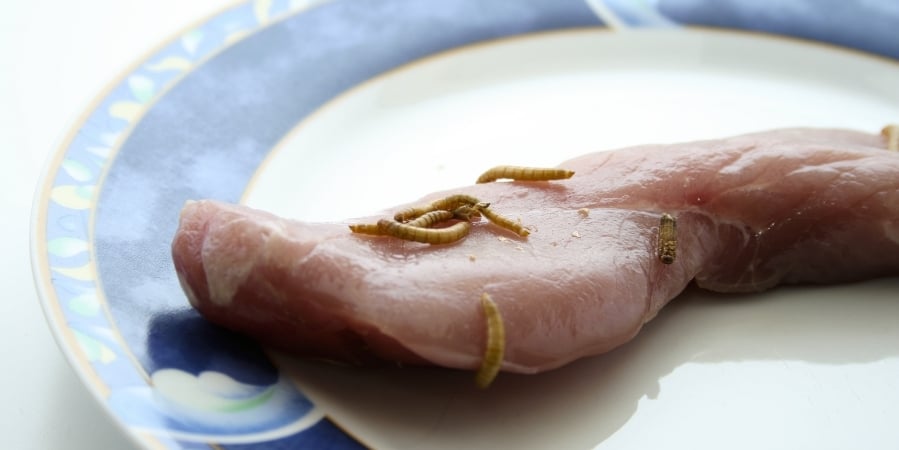 How Does Eating Meat Affect the Planet?

Meat does have nutritive value, especially for athletes and bodybuilders, but that doesn’t make it healthy or good for you, especially considering today's current "product" quality. In reality, because of the life experience and production process of these creatures, human beings who eat meat are not very safe at all.

You are potentially exposing yourself to hormones and to antibiotics that are used to boost unnatural growth and decrease bacterial infections such as salmonella, campylobacter, and more possible toxicities that develop in large animal farms. These pathogens are wild enough to escape into the environment and sicken humans.

Not only does consuming meat increase the risk of acute and chronic diseases, but the production of meat is a HUGE environmental threat. Animal farmers not only have to dedicate land to raising animals, which consumes space, but also loss of crops for human consumption, heavy water usage, and soil depletion during animal grazing. According to studies, meat-eating is one of the biggest factors threatening sustainability of the Earth’s environment.

Animal agriculture has been proven to release more greenhouse gases than all of the world’s transportation systems combined. Out of a number of farming models that are used for mass livestock production, none of them are very favorable to the environment. Moderation truly is key in ALL aspects of life.

How Is Veganism A Social Justice?

Carving into the niche of social justice issues, veganism seeks to end the use of animals for food, clothing, entertainment, scientific research, and the list goes on. By definition alone, veganism stands strong as a form of balancing multiple concerns of the human population.

Here are some solutions provided by moving towards a Plant-Based Diet:

According to the Carnism organization, Carnism is ‘the invisible belief system or ideology that conditions people to eat certain animals’. The word is forged from the words ‘carn’ which means ‘flesh’ and ‘ism’ which means ‘belief system’ respectively.

This means that the difference between carnism and veganism isn’t merely semantics. From a linguistic perspective, these two "isms" are quite literally on the opposite ends of the spectrum.

Can Veganism Reverse The Effects Of Carnism?

Well, it would be a lie to say that it wouldn’t be an uphill battle. It means flipping the narrative of the majority upside on its head and going against cultures and beliefs rooted in years of history.

What makes the change so difficult is the fact that carnism is presently an invisible belief system. Today, veganism offers options, and a reason to question the normal food and clothing choices made available, which gives us a chance to question why the exploitation of animals is so widely accepted.

Excessive meat consumption has been nudged into the mindset of many people as a ‘norm’; when in truth, eating animals is a ‘choice’. If we don’t confront it now, carnism will forever be recognized as a ‘given’ and the imbalances will eventually tip the scales.

How Has Carnism Become So Widely Accepted?

Carnism is perpetuated all around the world by a sneaky little belief system that has been etched into our brains since birth, called species-ism - the belief that humans are superior. In a nutshell, this ingrained perception allows humans to feel the right to decide which species of animals deserve to be seen as pets and which are perceived as food.

Learn more about these topics in general, or specifically the concept of species-ism, by watching the 18th documentary of our top 25 Vegan Documentaries to Watch and Where to Find Them.

Putting aside health benefits, environmental reports, or spirituality goals, the act of going vegan has longstanding effects that reach far deeper than personal self-care. Let us say it louder for those in the back. It is for the greater good of the animals and the planet.

Just imagine if the rule changed suddenly and it was decided that all cats and dogs must now be treated like cattle and used for consumption? It goes without saying that you and your community would likely rise up and protest.

So why would you feel this way about animals labeled as pets and not farm animals? As far as intelligence and emotional capacity are concerned, house pets and ‘cattle’ are not fundamentally far apart in the least.

How Can Veganism Positively Affect Society?

Veganism may be the solution to the problem of better preventative healthcare, sustaining the planet, saving animals from unnecessary abuse, and even relieving the state of world hunger.

An estimated 700 million tons of food goes into the feeding of livestock food that should be consumed by humans. A staggering 70% of US grain feeds livestock. About 83% of global farmland is used to raise animals. Imagine if we managed to convince everyone in the world to get on a plant-based diet.

This might not actually be enough to feed everyone alive, but it can still make a world of difference provided we stop consuming animals and their by-products at such rapidly demanding rates.

Some of the worst directly damaging and negative environmental effects of carnism include:

How is Veganism Linked to other Social Justice Issues?

Veganism is not just a food ethic but a special form of social justice which tries to solve the problems of environmental pollution, racial discrimination, and workers’ rights. Animals are beings, too. We must unite against animal cruelty. It is our duty as vegans. 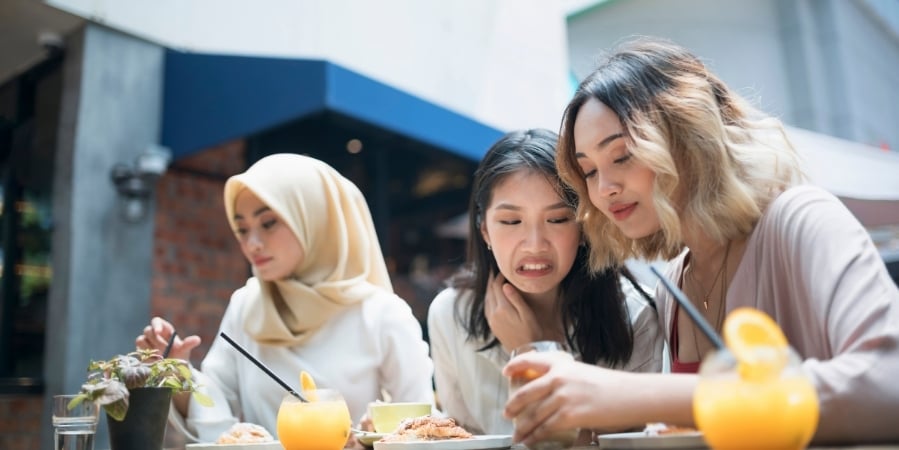 Want to learn more about veganism? Check out these links below.