What Is Factory Farming?

Factory farms are known as concentrated animal feeding operations (CAFOs). They are the chief way the United States and many other countries produce popular animal products such as meat, cheese, and eggs.

Factory farms are a modern industrial method of raising farm animals, or as they like to call them, livestock. Fundamentally, CAFOs are a form of intensive agriculture intended to maximize profits using as scarce resources as possible.

It is prevalently known that factory farms are cruel places where animals are not treated as living, sentient beings but essentially as industrial food machines.

Animals at risk of being enslaved to factory farms include cows, pigs, fish, turkey, and chickens most typically. Minks are also at risk as they are farmed intensively for their fur. 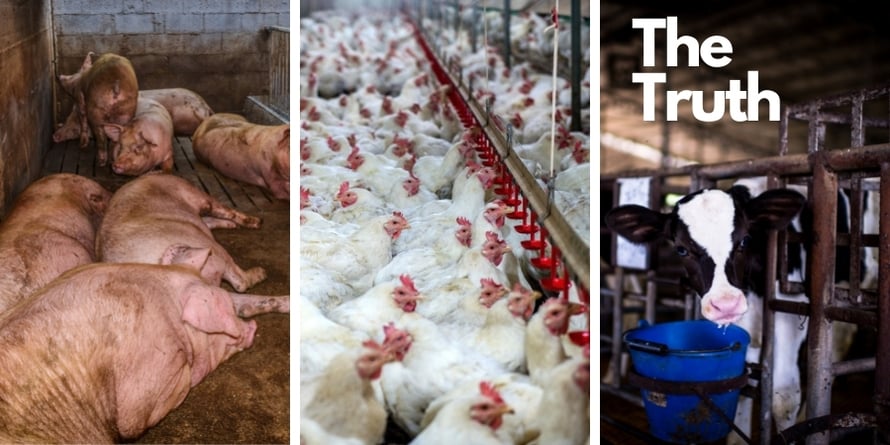 Factory farms inflict inhumane and cruel treatment on all farm animals. Factory farms are composed of an overwhelming amount of animals, and unfortunately, these animals are confined in small spaces. Countless animals are kept indoors for the duration of their lives.

Chickens raised for meat are kept in battery cages their whole life; their cell size is typically only 8" by 10" inches.

Female pigs used for reproduction are confined in gestation crates so small that they can not turn around for the duration of their life.

Why Do Factory Farms Participate In Bodily Mutilations?

Abnormal conditions in factory farms cause a great deal of stress to the animals living in them. Their stressful environment drives pigs and cows to bite one another tail's, causing injury and infection. Instead of working to make animal's living environment less stressful to avoid this, the practice of tail docking is implemented.

Pig and cow tails are forcefully removed; no painkillers are given, the animals are forced to suffer through the pain. The practice is designed to inflict injury on pigs, so they actively avoid being bitten.

For cows, tail docking is designed to make milking easier for workers. The dairy industry states this practice is for hygienic reasons. However, other studies disagree. This practice is even banned in European countries for its extreme brutality, yet in North America, this is still allowed. 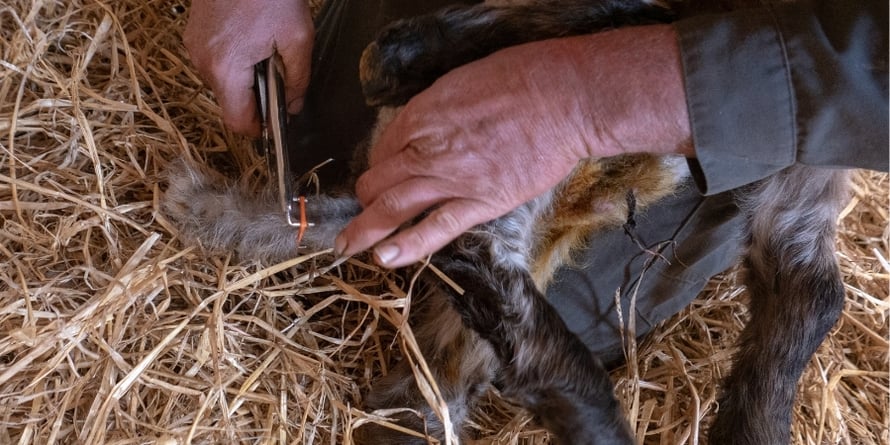 Along with tail docking, male pigs also suffer through castration. Castration is the process of removing pigs' testicles with no anesthesia in the first week of the piglet's life.

This practice is primarily done to prevent boar taint, a defect that affects the sensory properties of meat (odor and taste). It also reduces aggression and unwanted reproduction.

Chickens are debeaked. Chickens use their beak to navigate through their environment to peck at food and other objects. The boredom, anxiety, and overcrowding of factory farms cause the chickens to peck each other resulting in injury, cannibalism, or death.

To avoid this, factory farms use a hot blade to trim the chicken's beak down, resulting in initial and chronic pain throughout the rest of their torturous life.

Why Are Animals Genetically Manipulated?

Factory-farmed animals are bred to possess desired traits that benefit the meat industry. Not only is this harmful to the well-being of animals, but it also puts humans at risk. Genetically manipulating many animals increases the risk of a pandemic as viruses are much more likely to spread.

Broiler chickens are manipulated to develop larger breasts since breast meat is a favorite among consumers. This added bodyweight is unnatural for the birds and causes several negative health consequences.

Cows are genetically modified to grow without horns. This allows for more cows to be packed into their living arrangement. This process adds to the anxiety and the misery of overcrowding and confinement. 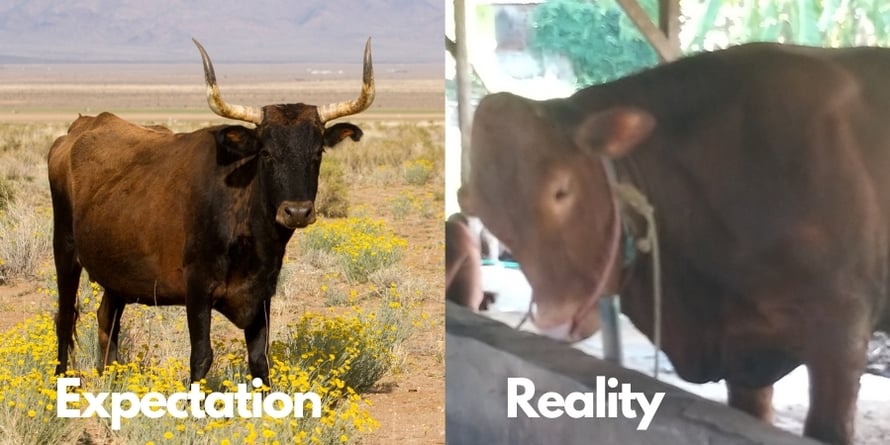 Why Are Animals Force Fed?

Ducks and goose are force feed on factory farms in order to create a "delicacy" know as "Foie gras". Foie gras is the liver of a duck or goose that was forcefully and abnormally enlarged from a disease called hepatic steatosis.

Once the bird reaches about 8 weeks old the 4 week process of force feeding begins. Workers shove a metal tube down the birds throat and insert a plethora of food, way more food than the bird would ever eat on its own. This process is reported multiple times in a day.

Force feeding is extremely uncomfortable for the birds and cause terrible health issues. Force feeding may cause organ failure, pneumonia, injury to throat, and beak. 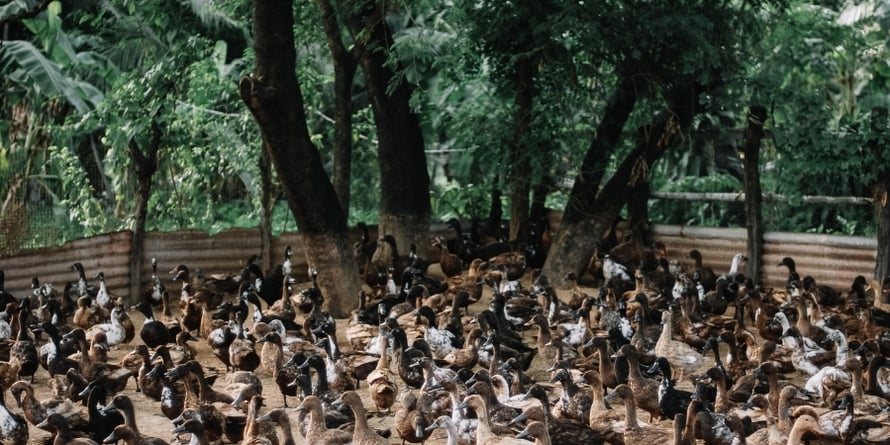 What Kind Of Violence Do Animals Experience?

Mercy for Animals has conducted several investigations to discover the actual treatment of animals in these facilities; what they found is horrifying.

Mercy for animals discovered that pigs at factory farms were shocked with electric prongs in their eyes, beat with metal pipes, kicked, and stabbed for minutes while still conscious.

Workers at dairy factory farms were seen dragging cows by their necks with ropes attached to tractors and viciously kicking and hitting them. Cows were tied up, shocked, and beat on their heads with sledgehammers.

An investigation at a catfish slaughter facility exposed a horrible reality—live fish are thrown into buckets without water, conscious fish skinned on cutting tables, and workers are tearing the heads off live fish.

Turkey's are also bred to grow abnormally fast, often suffering injuries like leg deformities or heart attacks. They live most of their lives crammed together inside large sheds. At just five months old, they are killed.

At slaughter, birds are ripped from their transport crates and violently thrown upside down into metal shackles. Many birds struggle to breathe while others endure broken bones.

They are tortuously dragged through electrified water before their throats are slit open—often while the animals are still conscious. Turkeys also suffer the pain of being immersed in boiling water while alive to remove their feather.

Where Is The Compassion?

Cows are treated like machines as they are constantly forced through the cycle of pregnancy, birth, and milking. This cycle is repeated until the cow's bodies give out, and they are no longer profitable, so they are then slaughtered.

Instead of being able to feed from their moms, calves are fed a low-iron milk substitute. This milk is not nutritious for the calves and makes them anemic. The calves get so sick that many cannot walk. 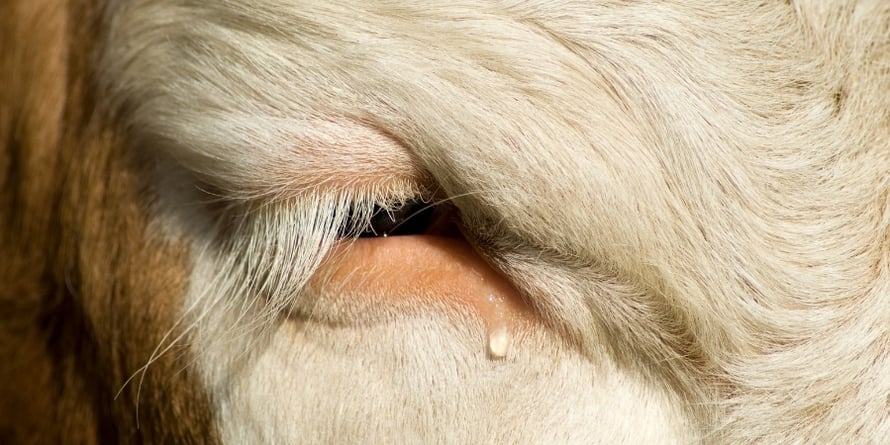 Why It's Factory Farming Bad?

On top of this suffering, the output of these facilities fuel and worsen environmental issues. Factory farming adds to pollution, greenhouse gas emissions, deforestation, and energy/resource use, leaving a huge carbon footprint.

THL. (2020, December). FACTORY FARMING: WHAT IT IS AND WHY IT'S A PROBLEM. thehumaneleague.org.

Johnson, K. (2021, March 26). What is Foie Gras and How is it Made? Animal Equality | International Animal Protection Organization. 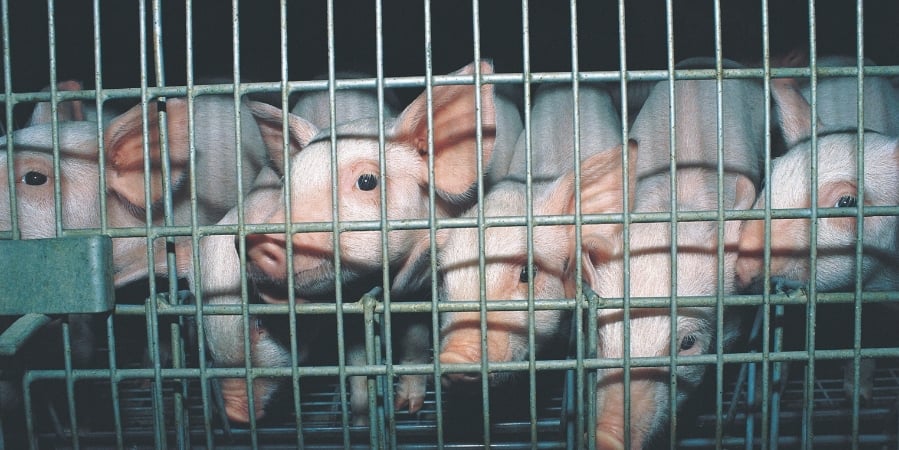 The Truth Behind the Windowless Walls of Factory Farms
Factory farms are cruel places where animals are not treated as living, sentient beings but essentially as industrial food machines.