Thane and Cynthia Murphy of Assuaged, Inc. are no strangers to physical and mental challenges. Thane, a Marine Corps veteran, has Post-Traumatic Stress Disorder (PTSD) as a result of the brain injury he suffered during active duty.

Cynthia was born with Treacher Collins Syndrome, a rare genetic birth defect that causes abnormalities of the face and skull. She has undergone over 16 reconstructive surgeries and faces more in the future. Cynthia, a passionate craniofacial disability activist, co-founded Assuaged, Inc. with her husband to empower people to take charge of their own health. 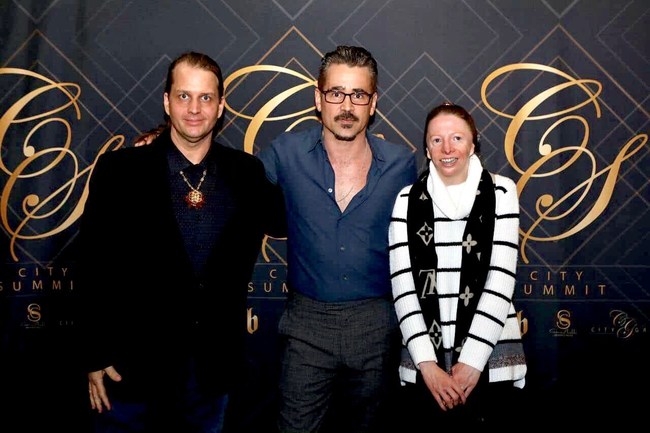 In an effort to assist others with craniofacial conditions, the Murphys have a giveaway entry form on their website and Facebook page. It was through a viewer submission that they connected with one-year-old Matthew Hulen and his family. He will receive a brand new Cochlear™ Baha Power 5 device with accessories, up to a $7,000 value! Becky Zingale from Baha Mama selflessly donated a monkey soft-band to the Hulen family.

Matthew was born deaf with Nager Syndrome, a severe craniofacial condition that causes internal and external bodily and facial malformations. Shortening of the limbs, feeding tubes and trachs are a common trait involved.

The Hulen Family were repeatedly denied coverage for hearing aids. The Murphys believe no one should live in silence because they don’t have access to these devices. This is the third hearing system Cynthia and Thane have donated and their goal is to continue to bless more families in need.

Matthew’s family, who has been learning sign language, is thrilled for this huge step forward. “I’m excited to see his face when he can hear everything! And, just so excited to see our family communicate and to see Matthew grow,” said Megan Hulen, Matthew’s mother.

Cochlear Baha devices are a costly commodity for craniofacial conditions but sadly often denied by insurance leaving a child in total silence without hearing, a basic human need.

A few months after Megan Hulen and her family moved from Missouri to Montana at their 20-week scan, doctors noticed some problems.

They knew Matthew had a shortened arm and was missing a digit, but were unsure which one. They referred them to a specialist, and it seemed to get worse with each visit. The next appointment they said he was then missing two digits, but they didn’t know which.

The next visit there were problems with his jaw, then it was he has thumbs… he doesn’t have thumbs… there’s a blockage in the intestines… and so on…

It was a horrible rollercoaster… They were told that doctors suspected trisomy 13 and conducted did the genetics test. It was terrifying for them waiting to find out if he had something fatal. Doctors were already pushing them to terminate.

They came back with nothing, so they dug deeper and performed the FISH test. Doctors told them not to worry because this only tested for rare things, and they most likely would not get an answer. However, to everyone’s surprise, it came back with an answer. Matthew had Nager Syndrome.

Doctors continued to push the Hulen family toward termination or even towards palliative care when he arrived. They also advised that the family go to Colorado to the children’s hospital for a second opinion. They headed to Colorado, and extensive testing revealed Matthews jaw was in the 10th percentile.

Matthew had no thumbs, he was missing the radius in the arm, and the ulna was shortened and bowed leaving him with a club hand. Also, he was left with internal issues consisting of a blockage in the intestines.

Doctors didn’t have clear results, but they recognized that Matthew had no spleen to fight infection, a bicuspid aortic valve in his heart, and an interrupted IVC. This led doctors to also diagnose Matthew with Heterotaxy Syndrome ( a misplacement of organs). 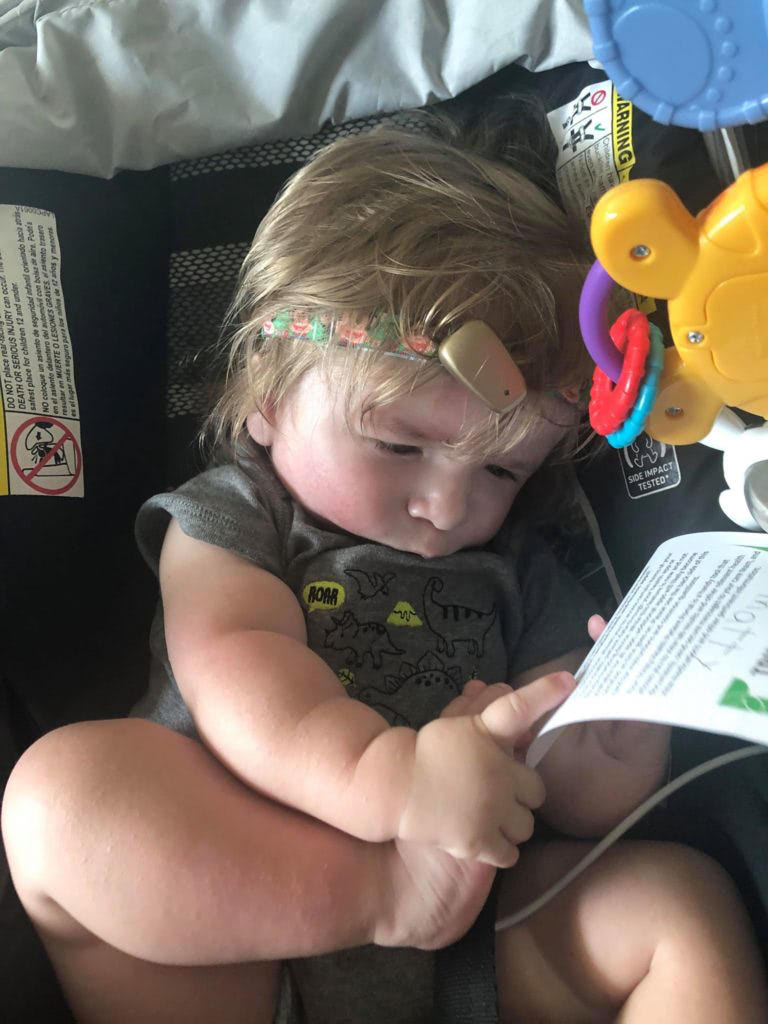 Doctors advised that Matthew is the only one they’ve diagnosed as extremely rare to have both syndromes, Matthew is one in a million. The Hulen family decided to give birth to Matthew in Colorado so that he would have the best chance to make it. Doctors were very concerned he wouldn’t make it out alive.

They expected him not to be breathing, his kidneys to not work, and his heart to be in horrendous shape. Doctors performed a C-Section with a team in place for emergency trache if necessary, and thankfully, it wasn’t.

By some miracle, Matthew was born crying they were able to intubate nasally and then run tests. Doctors were wrong about Matthew. His kidneys did work, and his heart wasn’t any worse than what they had already seen.

There was a small blockage in the intestines, but they weren’t twisted as they had feared. Doctors conducted one surgery to address everything at once and placed the trache the g-tube and removed the blockage in his intestines.

Altogether the Hulen family spent about four months in the hospital with the ups and downs of not knowing if they would get to bring Matthew home or plan a funeral.

“It was the hardest most depressing time of my life, but we fought and made it and have the most beautiful miracle to show for it,” said Megan Hulen, Matthew’s mother.

With Nager Syndrome, the bones in Matthew’s ears are malformed, leading to hearing loss in both ears. The Hulen family has been fighting to get Matthew a Cochlear Baha hearing aid device for a year now with no success. Insurance told them that it would be covered because the code fell under prosthetic, but then once an audiologist put in the paperwork, the claim was denied, stating that hearing aids are not covered.

The Hulen family felt powerless and did not know what to do. 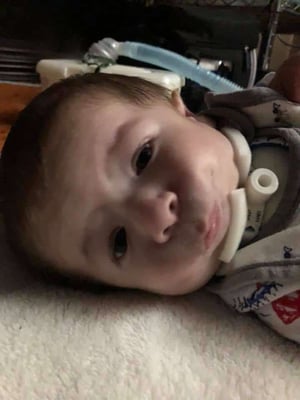 They had the audiologist write a letter of medical necessity, which sadly didn’t help after they discovered that the Hulen Family was not in-network with their services.

The audiologist advised that she couldn’t help anymore because she wouldn’t get paid. They were back to square one again with finding an audiologist that could help.

The Hulen family turned to Colorado audiologists who originally tested Matthew’s hearing and headed back to Colorado again.

More paperwork was submitted and again followed the denial letters. They submitted letters of appeal saying these were not hearing aids and should still be considered prosthetics based on the way they work. The family was still repeatedly denied.

So then the hospital has advised that the family purchase directly from them for $14,000, but with trips to specialists from Montana to North Dakota, was burdensome. Sadly Montana does not have the medical care that Matthew needs for his feeding and tracheostomy supplies.

Since moving to North Dakota, the Hulen family has been able to get Matthew into the North Dakota infant development program where he can receive therapy at home.

“We are so blessed to have met Cynthia and Thane. Matthew’s first day with full hearing was incredible!

He’s always been a happy baby, but yesterday he laughed at everything and his eyes lit up like I’ve never seen before! It was incredible, and to know this is how it will be for him from now on is so incredible and exciting!” said Megan Hulen, Matthew’s mother.

If you or a family member are in need of a Cochlear™ Baha or Oticon Ponto Plus, you can contact them to examine your case and work directly with your insurance. Oticon Medical: 888-277-8014 or e-mail them at: reimbursementsupport@oticonmedical.com.

To learn more about Thane and Cynthia Murphy and submit a form for their hearing system giveaway, please visit Assuaged.com. 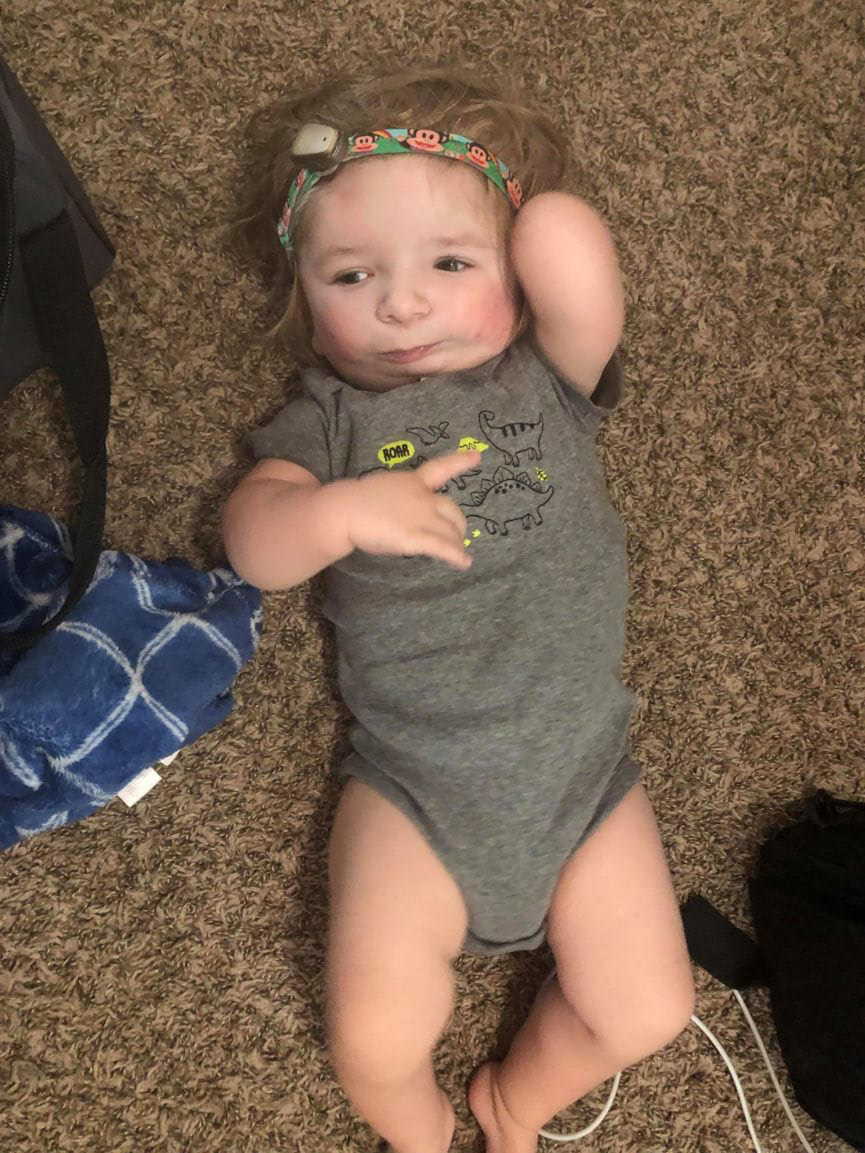