The Multiple Benefits and Uses of Yarrow

Yarrow was found among other medicinal herbs in the Neanderthal burial site in Iraq which dates from around 60,000 BC and has become famous in herbal medicine as one of the earliest indications of human use of medicinal plants.

Yarrow is a bitter herb; one of the most important medicinal herbs for your healing repertoire. It's a common weed, native to the Northern hemisphere, growing freely in grassland, chalk land, roadsides and other sites with well-draining soil.

It's instantly recognizable due to its feathery leaves, strong stems and broad white flower heads made up of many small individual flowers. Yarrow was considered a sacred herb by many cultures of the world and has lots of interesting folklore attached to it. 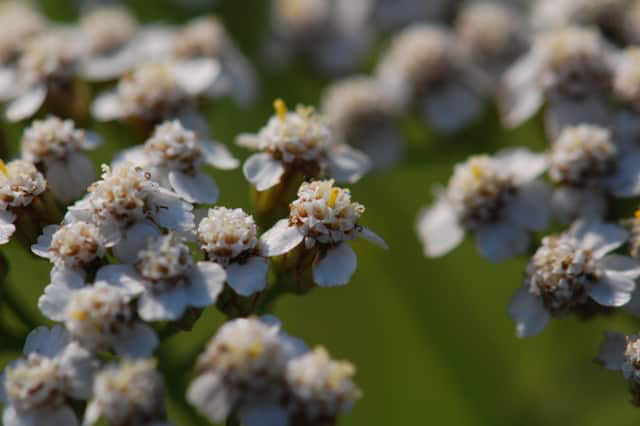 Yarrow is one of the most useful wound herbs we have. It staunches bleeding, is antimicrobial, and pain relieving too.

When fever is building, drinking hot yarrow teas can help break it by relaxing the circulation and pores of the skin, encouraging sweat to flow freely and rid the body of infection. The classic tea formula for colds and flus is yarrow, peppermint, and elderflower, which should be drunk hot.

Yarrow’s affinity for blood circulation can be seen internally as well as externally. It tones blood vessels at the same time as dilating capillaries and moving blood, thus giving it a wide range of applications. It's been used to treat high blood pressure, prevent blood clots and for treating varicose veins, hemorrhoids and much more.

Being bitter, pungent and aromatic means yarrow is particularly useful for stimulating digestion and getting bile and pancreatic juices flowing. Its affinity for circulation can also help move congested blood in the portal vein, which in turn helps the liver.

Maria Treben considers yarrow “first and foremost… a herb for women” and quotes Abbe Kneipp in saying “women could be spared many troubles if they just took yarrow tea from time to time.” It's a wonderful herb for the female reproductive system, both staunching heavy bleeding and stimulating scanty bleeding.

Yarrow is a good urinary antiseptic. When drunk as a warm or cool (rather than hot) infusion, its diuretic properties are emphasized making it a useful remedy for cystitis and urinary tract infections. It's also been praised for helping cases of urinary incontinence. Culpepper informs us that it “helps such as cannot hold their water.”

Preparations are usually made from the areal parts including leaf, flower and some stem. Yarrow can be used in a variety of ways: 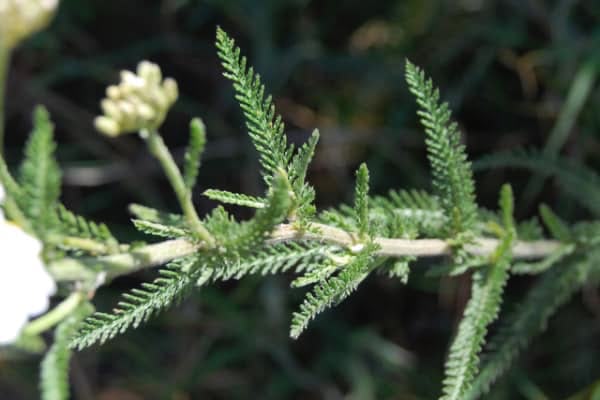 ASSUAGED TIP: Yarrow is rough and splintery. Use vegan cheesecloth and double its layer to use in cases of cooking and herbal tea.

If we think about some of the ways in which yarrow might work, we can start to draw together all these different facets of its healing ability. When you taste yarrow, it's pungent and aromatic with quite a bitter aftertaste.

The volatile oils which make it so aromatic and warming are dispersive in nature and therefore are one of the things that gives yarrow this wonderful ability to move congestion and stagnation, equalize circulation, and open up skin. Volatile oils are also often anti-microbial.

The bitterness balances its warmth with cooling qualities and also stimulates digestion. Though the bitter gets our juices flowing and the aromatic qualities get things moving, you can also tell yarrow is an astringent—what makes it so helpful for toning blood vessels.

It may seem like a plant of contradictions, but yarrow is just another example of how wonderfully complex herbs can be. They demand that we know them, rather than just a list of their actions, and that we let go of linear thinking and delve into the realms of experiential understanding instead.

*These statements have not been evaluated by the Food and Drug Administration. This product is not intended to diagnose, treat, cure, or prevent any disease. 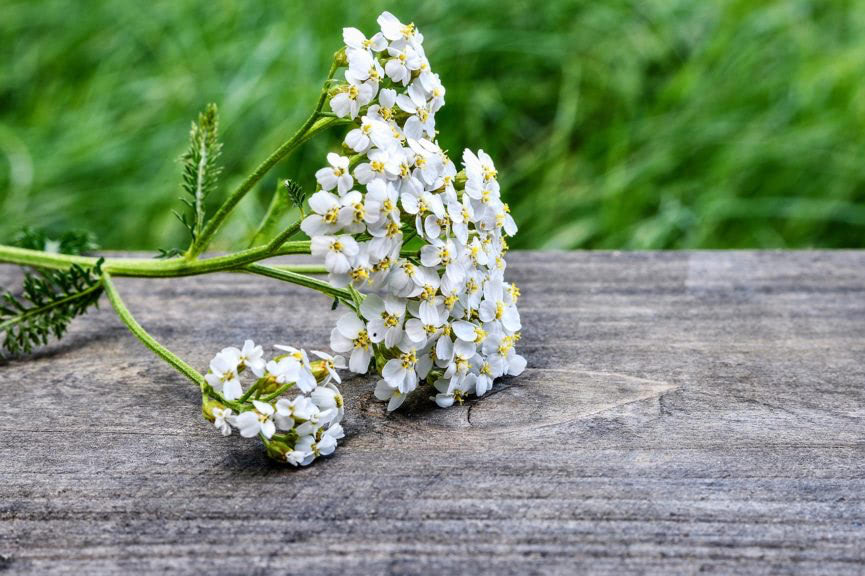 The Multiple Benefits and Uses of Yarrow
Yarrow is an amazing medicinal herb that helps with a wide range of health conditions. Get to know the surprising benefits and uses of yarrow!