The usual argument is that our peculiar mix of government policies, private health insurance markets, and the design of public health insurance have produced a health care system that, in the words of economists Alan Garber and Jonathan Skinner, is “uniquely inefficient.” Does this sound familiar? It should. We hear variants of this narrative frequently in academic seminars, public policy discussions, and the media. Indeed, we’ve written a lot in our prior work about how health insurance and government regulation affect — and distort — decisions in the health care system.

But something recently gave us pause: We noticed that the U.S. pet health care system has followed a similar trajectory over the last two decades. In a recent NBER working paper, we documented four similarities between our furry friends’ health care and ours.

First, both have experienced rapid growth in spending, growing far more quickly than spending on, say, housing or entertainment.

Second, health care providers — those for humans and those for animals — have experienced much rapider growth in employment than the U.S. economy as a whole.

Third, the amount that households spend on human and pet health care varies across income brackets in a similar pattern; the difference in spending between high- and low-income households is much greater for pet health care or human health care than for other sectors like housing and entertainment. 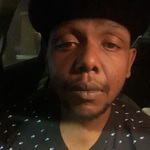 And finally, when we compared data from lymphoma patients at one pet hospital to data for Medicare patients with lymphoma, we found that spending spikes at the end of patients’ lives for dogs and dog owners alike.

In the case of pet health care, we can’t attribute these trends to the structure of the industry and its institutions. The usual scapegoats — an inefficient insurance system and onerous government regulation — are practically nonexistent in the veterinary industry. Almost no pets have health insurance, and regulation (or government intervention more broadly) is much less prevalent in pet health care than in human health care.

What, then, should we make of the common features in these two industries? Do they imply that insurance and regulation aren’t as important for the U.S. health care sector as we thought? We don’t think so; we aren’t inclined to throw all our prior work out the window that quickly. But we do think the new findings suggest that the focus on public policy in the debate over the cost of health care misses the full story. Something else is at work in the health care sector.

We aren’t sure what it is (yet), but we can think of two possible explanations. One is that the nature of technological progress, which is generally believed to be one of the driving forces behind rapidly growing health care costs, is similar in the two industries. Indeed, it’s possible that technological changes in human health care may have spillover effects on the treatment of pets. An improved CT scanner, for example, can be used on a cat as well as a human.

Another possibility, one that strikes us as particularly interesting, is that the nature of consumer decisions is very similar in human and pet health care, and in at least one respect is very different from almost every other decision we make. Consider how the problem unfolds: Something goes wrong, you need to make a decision about whether to try to “fix” the problem, and experts offer advice — they may disagree and they may stand to benefit financially from influencing your decision.

Whether to fix the wheel bearings on your trusty 2004 Honda Civic or finally throw in the towel and scrap it arguably involves less (or different) emotion than whether to seek expensive health care for your pet or put it to sleep, or whether to undertake heroic measures for your ailing 95-year-old mother. The nature of the decision — trading off potential health improvements against money — may make coldly rational cost-benefit decisions unlikely.

Which explanation is it? Are both in play? Or are there other plausible hypotheses? We really don’t know. But the answer should matter to anyone concerned about the rising costs of health care.

Liran Einav is a professor of economics at Stanford University.

Amy Finkelstein is the John & Jennie S. MacDonald Professor of Economics at the Massachusetts Institute of Technology. She is a recipient of the John Bates Clark Medal and an elected member of the National Academy of Medicine.

The Link Between the Rising Costs of Health Care For People and Pets
The ever-growing cost of health care might have a massive impact on animal health care. Read the full article to find a link between the two.