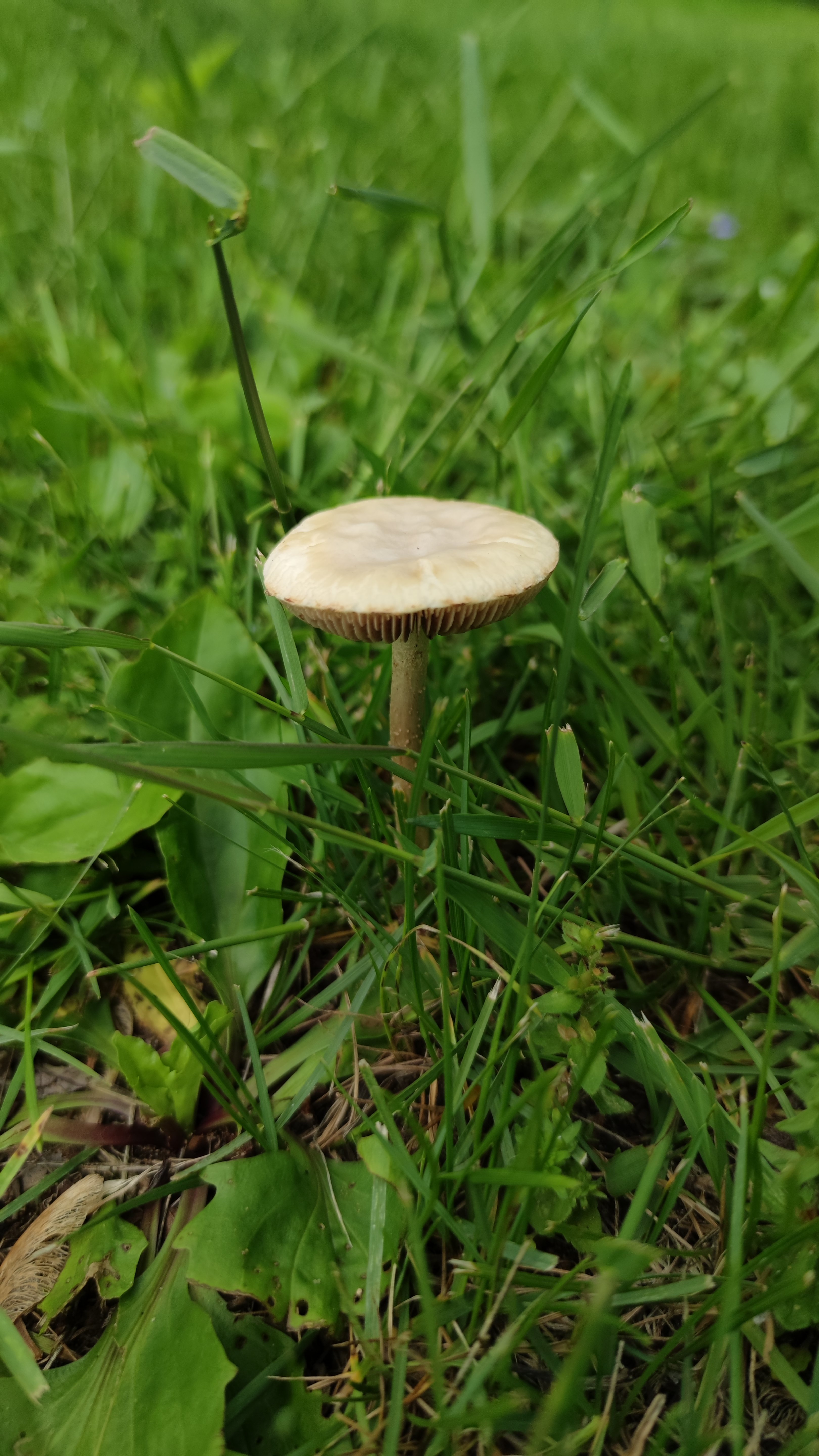 Most know chamomile as the classic bedtime tea, caffeine-free and relaxing. While good sleep is one of its possible benefits, it is only one of many, and by far not the most powerful. Some even call it a super herb. After researching for this article, I think it deserves a cape!

Chamomile is prepared from the flowers of the chamomile plant, just like hibiscus is. Usually, the type of chamomile used is German Chamomile. Unprocessed, the flowers look like daisies.

This article is based completely on information from scientific resources. However, none of the following article should be taken as medical advice or absolute fact. Everyone’s body is different.

Recent research says this ancient sleep remedy does far more than make you sleepy because it reminds you of bedtime. Chamomile has chemicals that can relax the brain and body by acting on GABA neurotransmitters: the same neurotransmitters that common sleeping pills activate to sooth you to sleep. However, unlike sleeping pills, it will not build up toxins, over-relax muscles, or worsen your memory.

Beyond increasing sleepiness, chamomile has historically been used for every sleeping problem. While science hasn’t researched most of these uses, considering the many times the ancients have been right, trying it out for everything from restlessness to nightmares might be worth a shot.

Chamomile has long been used as a salve for irritated skin. Everything from eczema to serious sores were treated with the deep, magic blue chamomile oil carried in a diluting oil.

Today, chamomile extract has been tested as a treatment for skin conditions, even severe ones like bed sores. It may even be an alternative to addictive steroids, as it has been as effective as hydrocortisone cream in at least one study. This may be due to the antibacterial, antimicrobial, and anti-inflammatory effects from compounds like polyphenols the herb is rich in.

Tip: Before trying anything on your skin, remember to patch test! Your skin may not like chamomile, especially if you are allergic to ragweed or daisies.

In addition to polyphenols, chamomile also has powerful antioxidants. This makes chamomile great for reducing oxidative stress damage and preventing free radicals from damaging cells. This effect is especially powerful due to an amazing compound that is both an antioxidant and polyphenol: apigenin.

Apigenin is so powerful it can even help reduce the chances of Alzheimer’s and Parkinson’s by inhibiting the degradation of myelin sheaths of the brain’s neurons. But don’t worry if you can’t drink chamomile! There are many other sources of apigenin, antioxidants, and polyphenols in the world. If it’s a plant, it probably has them! 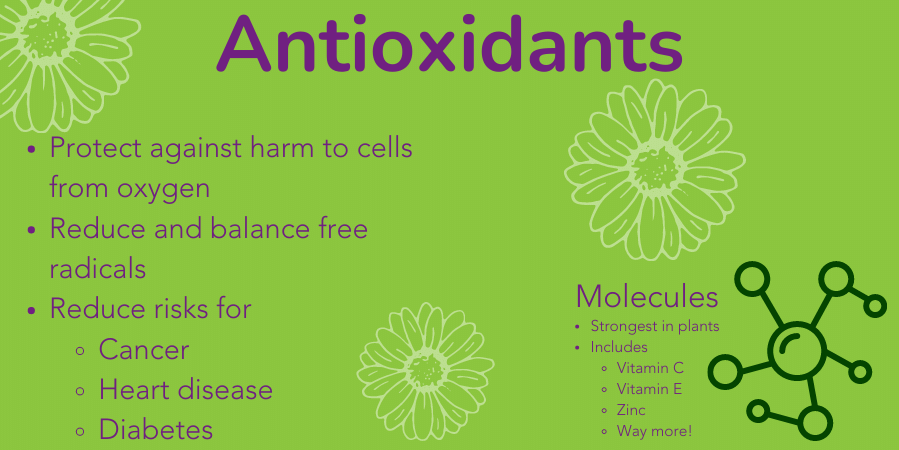 An ancient Persian migraine remedy was a combination of chamomile and sesame oil (another anti-inflammatory) rubbed on the head. One study tested this remedy and found that it can work for mild to moderate migraines without auras. It was as effective as drugs like Aspirin for pain and it reduced nausea, vomiting, and sensitivity to lights and sounds.

The compounds in chamomile can work to inhibit an enzyme that causes pain, inflammation, and fever. However, while the plant was dedicated to the sun god in ancient Egypt for its fever reducing effects, science has not studied this potential benefit.

Chamomile’s anti-inflammatories strike again! In ancient medicine and modern studies, chamomile has been effective against irritable bowel syndrome (IBS) and diarrhea. In fact, it may be even faster than the usual dietary methods like eating bland foods at resolving diarrhea.

In addition to the anti-inflammatory effect, the antibacterial and antimicrobial properties of chamomile may have a powerful effect on ulcers. Beyond treating existing ulcers, it may even be able to prevent ulcers caused by stress, alcohol, pain medication, and chemotherapy.

Chamomile may also defeat stomach and intestinal cramps, as the compounds in it may relax muscle spasms. 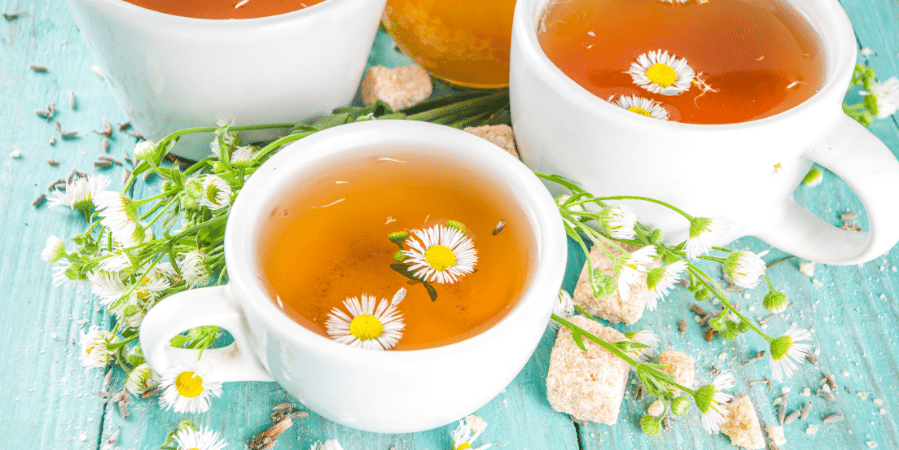 While chamomile is certainly no treatment for dangerous diseases, it may help prevent some of them. Polyphenols, a major feature of chamomile, are not only anti-inflammatory but anti-tumor and anti-cancer. Chamomile may even reduce the risk for thyroid disease and early death.

Chamomile is a very safe herb, with no known adverse effects unless you are allergic to it. While some say it can interact with blood thinners like warfarin, this claim is disputed. There was only one case that sparked this claim. In one study, a scientist found the coumarin in it to be the wrong type to thin blood.

However, too much of a good thing almost always sours it. One study trying to find the largest consumable amount found that no more than 5 grams per kilogram of bodyweight should be consumed. For a 150-pound person, that’s over 7 pounds of chamomile! However, that still means a limit exists, so practicing moderation is advised.

Chamomile is one of several plants used in ancient history to relieve some of the misery of PMS and menstruation. Again, science supports the ancients. It has proven to help relieve breast soreness, cramps, and mood issues, through apigenin and a host of other compounds. 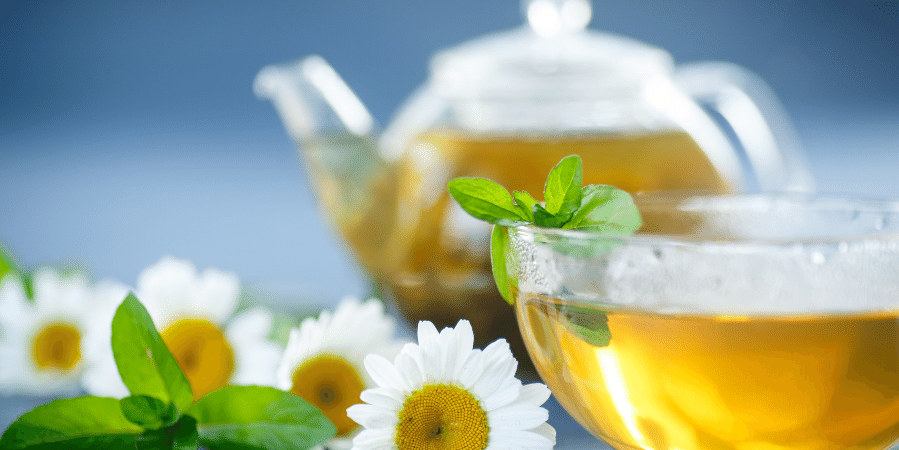 Chamomile’s antibacterial and antimicrobial properties are good for your mouth, too! In fact, they might even be better than regular mouthwash at keeping your mouth healthy.

Beyond keeping microscopic critters in check, it reduces plaque, prevents and heal sores (even cold sores and chemotherapy sores), gingivitis, and inflamed gums with the powerful combination of anti-inflammatories and keeping the mouth clean. It can even reduce teeth grinding due to its cramp-stopping ability.

Chamomile is incredibly versatile; packed with antioxidants, polyphenols, apigenin, and various other potent compounds. It can reduce inflammation, pain, muscle spasms, anxiety, depression, PMS, skin irritation, and ulcers. Unless you have ragweed, marigold, or chrysanthemum allergies which might make you allergic to chamomile, it is an incredibly safe super-herb, sure to give your health a boost. 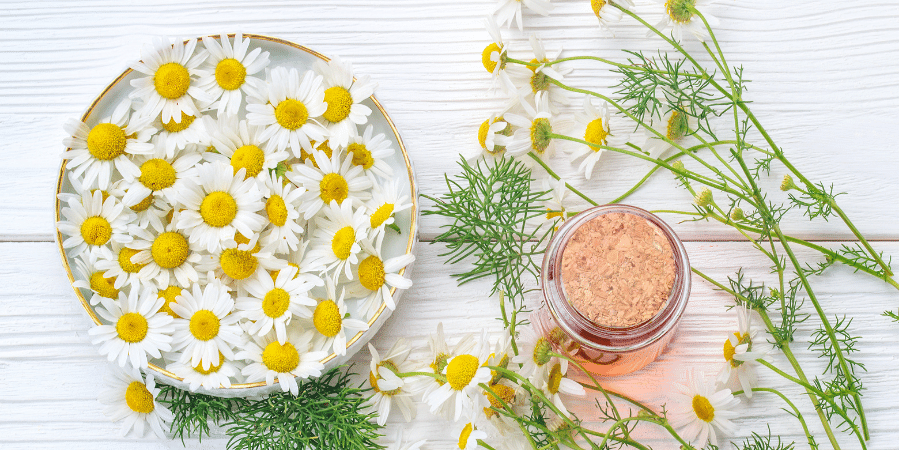 Zargaran, A., Borhani-Haghighi, A., Salehi-Marzijarani, M., Faridi, P., Daneshamouz, S., Azadi, A., Sadeghpour, H., Sakhteman, A., & Mohagheghzadeh, A. (2018). Evaluation of the effect of topical chamomile (Matricaria chamomilla L.) oleogel as pain relief in migraine without aura: a randomized, double-blind, placebo-controlled, crossover study. Neurological Sciences : Official Journal of the Italian Neurological Society and of the Italian Society of Clinical Neurophysiology, 39(8), 1345–1353. https://doi-org.ltc-web2.gotoltc.edu/10.1007/s10072-018-3415-1

Lydia Fox is an enthusiast of many things, from health research to space operas. She recently graduated with an Administrative Professional associate's degree and is seeking more higher education, this time in the form of a psychology degree. Tea and plants are never far from her, so expect lots of posts about plants that can become tea and home horticulture! 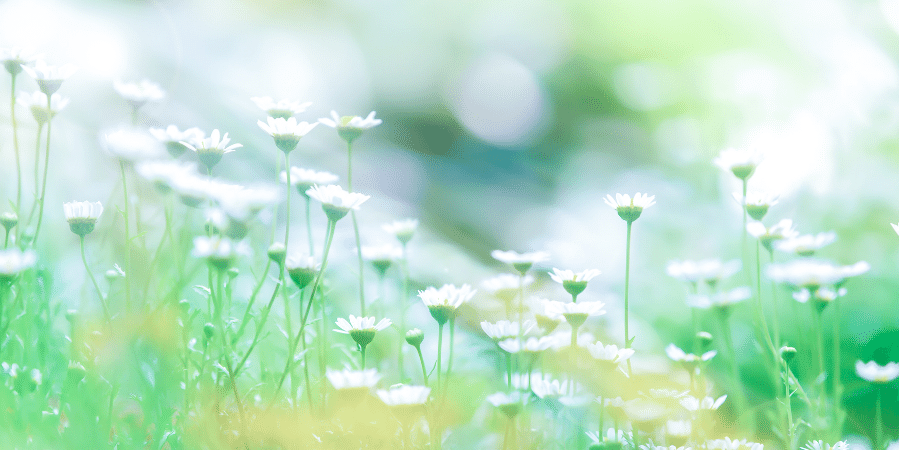 The Top Ten Health Benefits of Chamomile
Chamomile is a versatile super-herb, high in antioxidants, polyphenols, and more. Good sleep is the least of its many benefits, and they're science backed!